The TVH Parts Holding NV enjoys a solid reputation around the world, based on integrity, responsible conduct, teamwork, excellence and commitment.

That reputation, built over time and rebuilt every day, is what sets the TVH Parts Holding NV apart with its customers, business partners, employees and stakeholders. All TVH representatives share the responsibility to protect
and safeguard it.

This Code of Conduct is vitally important. It defines and documents what TVH Parts Holding NV believes in and contains the global standards that each TVH representative must follow.

Thank you for taking time to read and understand the Code and refer to it frequently. Together, we are responsible for sustaining the TVH Parts Holding NV’s reputation and for doing what is right.

On behalf of the family:

On behalf of the other members of the board:

In selecting its business partners, the TVH Parts Holding NV prefers to work with partners who demonstrate strong values and commit to the principles expressed in this Code of Conduct.

Financial transactions shall be reported in accordance with generally accepted accounting practices. Records and reports shall reflect in a correct and non-misleading manner the business transactions and assets.

3. Protection of confidential and proprietary information

When speaking about the TVH Parts Holding NV in a social media outlet or other public forum, each TVH Parts Holding NV’s representative should be careful to only share publicly available information and use discretion and common
sense, consistent with the core values, Code and other company policies.

The TVH Parts Holding NV’s property, assets and resources shall be used for business objectives.

Access to and use of company technology including the Internet, networks, computers and e-mails is expected to be managed in a responsible and professional manner consistent with the Code and other
company policies.

5. Gifts and other payments

Representatives of the TVH Parts Holding NV shall not offer customers, potential customers, suppliers, consultants, governments or any representative of such entities, any gifts or favors greater than nominal value in violation of applicable laws in order to obtain or retain business or to gain any other improper advantage.

TVH Parts Holding NV employees shall not accept payments or any gifts greater than nominal value from individuals that could affect their objectivity in their business decisions.

Gifts or favors not greater than nominal value are those gifts or favors with a value that is insignificant or small; anything that when given is or can be perceived as highly unlikely to affect one’s judgment or decisions.

The TVH Parts Holding NV shall:

The TVH Parts Holding NV is committed to following applicable international trade laws including import and export controls regulations and compliance with sanctions and anti-boycott laws.

The TVH Parts Holding NV promotes fair competition and shall observe antitrust and competition laws where it conducts business.

The TVH Parts Holding NV is committed to providing a positive work environment that is free from all forms of illegal and improper discrimination and harassment. All employees shall have equal opportunities based on competences, experience and performance.

The TVH Parts Holding NV shall respect the recognized unions, the freedom of association and the right to collective bargaining for employees working in its operations and in accordance with the law or practice of the countries in which it operates.

All TVH Parts Holding NV employees, officers and directors are required to understand and follow the principles set forth in this Code of Conduct. The Family and management of the TVH Parts Holding NV shall inform the employees of their rights and responsibilities, shall set the example and act as role models.

17. Report on violation and retaliation

If an employee within the TVH Parts Holding NV is aware of or suspects a violation of the law or this Code, he or she is encouraged to report the issue to his or her direct superiors. If the direct superior is unable to help or if an employee is uncomfortable discussing the concern with his or her superior, the employee may raise the matter with Joachim Thieren. (Conduct Compliance Manager • T +32 56 43 64 03 • joachim.thieren@tvh.com)

Subject to local law, violations of this Code may carry serious consequences, including corrective actions up to and including termination of employment, supplier or customer relationships.

Do you have any questions or remarks? Please contact us, we will gladly help you! 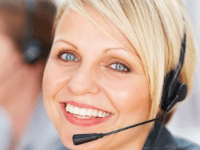