We only distribute parts we know will match the standards our customers are looking for, and thats why we recommend and supply GYS. Our commitment to first-class service and our in-depth knowledge makes us the reliable supplier you need for your GYS parts. Furthermore, we offer:

Looking for a GYS supplier? Look no further. TVH Group is an official distributor for GYS since 2013. Get access to our online shop to find the full range of GYS parts, create offers and place orders.

GYS is one of the largest manufacturers of welding equipment in Europe and a world leader in car body repair welding equipment. Based in Laval in north-western France, GYS has become a brand renowned for its quality manufacturing standards and innovation and has continually expanded and invested since 1997, when it was acquired by the current owning family.

From 30 employees in 1997 in Laval, GYS has grown to 500 employees (with 40 in R&D) worldwide, split between the head office and main facility in Laval, and the subsidiaries of the group (Germany, UK, Italy, China, India). GYS products are exported to more than 100 countries, including Australia, America, Japan, Russia, India, China, …There are three main product divisions: Arc welding, Collision Repair equipment, and Battery maintenance. 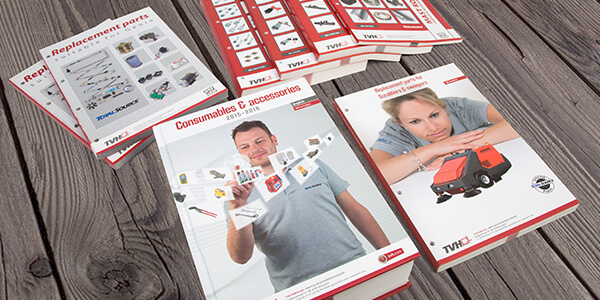 Looking for a GYS catalogue?

Browse our section of handy catalogues. They deliver useful information, along with technical datasheets containing all the details you need.

They're available in multiple formats. Click on the link below to download digital versions or order physical copies.

Why you should choose us as your GYS distributor

With our comprehensive range of GYS parts at competitive prices, next day delivery from our network of regional warehouses and a dedicated technical support team, we can offer you the best possible service imaginable. Whether you need GYS parts for a routine inspection or major repairs or replacements, look to TVH. You can even contact us for parts that you don’t see in our online catalogues.

With 60 different nationalities and 42 spoken languages in the company, we can offer customer support in your own language.

Over 50 years of experience

We've grown from 2 founders to a company of more than 4500 employees, with offices and distribution facilities on every continent.

The most extensive range of parts for material handling, industrial, construction and agricultural equipment. We continuously grow our offer, with more parts and accessories arriving every day.

We collaborate with local shipping companies to deliver every order within the promised timeframe. To ensure a fast delivery, we ship 95% of orders on the same day of ordering.

Go to our online shop to unlock our full GYS product range. Once you have the access, you will be able to:

New to TVH? Follow the three steps below to gain full access to our online shop with GYS parts.

Get access to MyTotalSource to shop these parts online

Fill in the application form to get exclusive access to our online shop: MyTotalSource.

Customer Service will handle your registration and send your login credentials.

Get access to all our full range of GYS parts in our online shop.